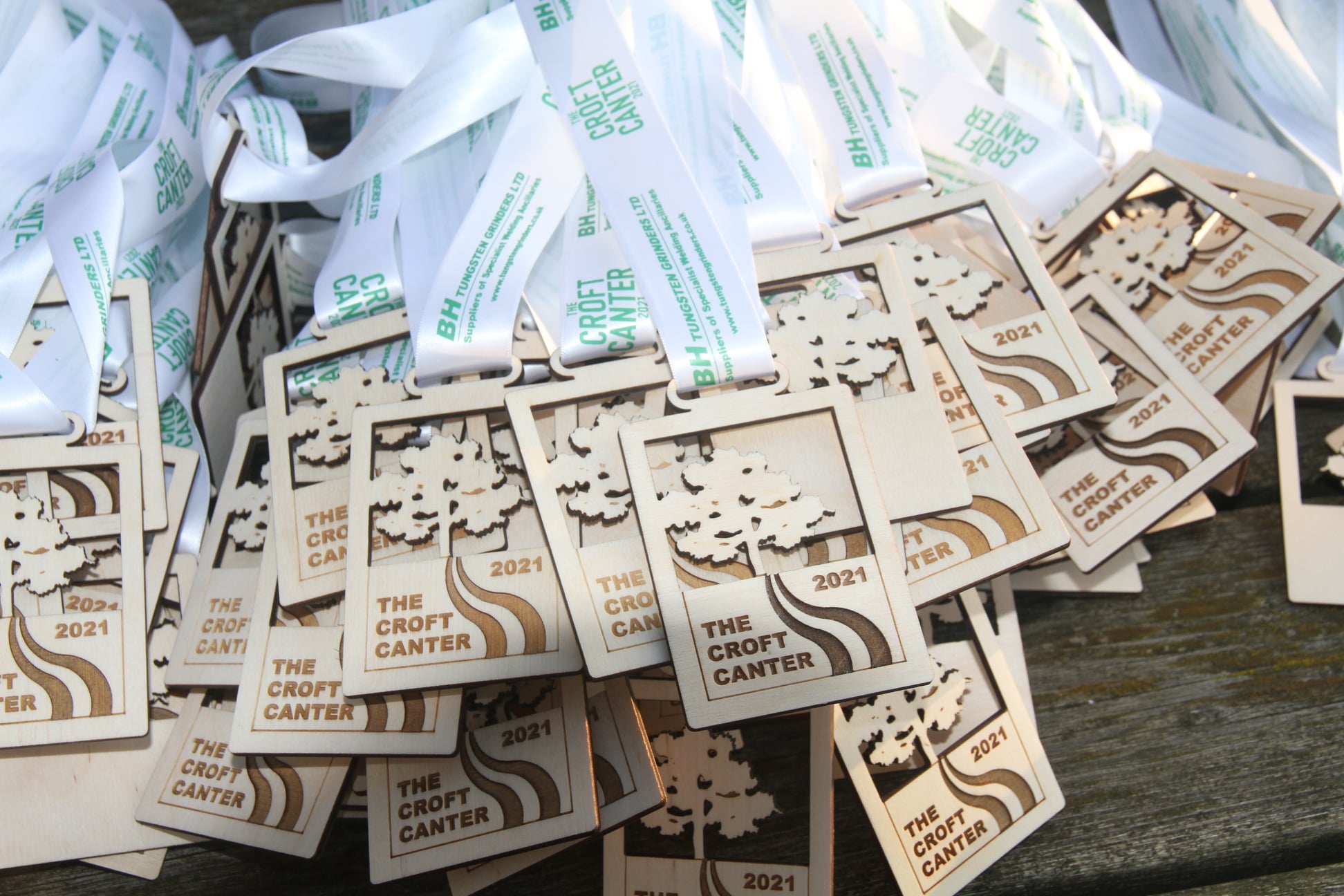 BH Tungsten Grinders Ltd were proud to sponsor the medals for a charity run last Saturday.

The Croft Canter is a ten mile trail run in aid of Leicester Air Ambulance and the Chernobyl Children’s Project UK. It is an annual event and this year involved more than two-hundred runners, mainly taking part from local running clubs. The event makes no profit and all proceeds go to charity.

The cross country run started in Croft, Leicestershire and used public footpaths & bridleways across farmland in the surrounding area. It passed through Stoney Stanton and Potters Marston before going past Croft Quarry and ascending Croft Hill.

The runners were rewarded at the finish line with a medal, drink and a hot dog, along with plenty of cake, baked by local volunteers.

The final sum raised was over £3800.00 which was split equally between the two charities.

We’d like to thank the organisers of The Croft Canter for allowing us to put our logo on the medal ribbons and we wish them every success in next years event.

Check out their Facebook page for more information. https://www.facebook.com/thecroftcanter/